CEO Yves Guillemot of Ubisoft seems to be dialing back some of the company's enthusiasm for NFTs, months after Quartz, an NFT project, got a lot of bad feedback.

Creators of Final Fantasy join the Oasys blockchain, and gamers complain about it

CEO of French gaming giant Ubisoft, Yves Guillemot, seems to have toned down talk about the company's NFT gaming project Quartz. In a recent interview, he said that the project was just in "research mode" for Web3 tech integrations.

It's a bit different from what other Ubisoft executives have said in the past, like CFO Frédérick Duguet, who said in October that blockchain integrations will let users own and earn content and that the company wants to "be one of the key players here."

During an interview with gamesindustry.biz on September 10, Guillemot seemed to walk back some of those comments. He stressed that at this point, Ubisoft's main goal is to find out how NFTs can be used in games and whether or not they will help players.

"We are very focused on the cloud, on the next generation of voxels, and on all the Web3 capabilities," he said. "We recently tested a few things that are giving us more information about how it can be used and what we should do in the video game universe."

So, we are testing some games to see if they really meet the needs of the players. I would say we are still in the research phase.

After putting out a beta version of Ubisoft Quartz in December, the company announced its first move into NFTs. The goal was to give players playable NFTs that could be used in games like Tom Clancy's Ghost Recon Breakpoint.

Some gamers who don't like NFTs pushed back hard on the move. Some accused the company of "milking" as much money as possible out of its popular game franchises by adding NFTs to the mix.

Nicolas Pouard, vice president of Ubisoft's Strategic Innovations Lab, defended the company's NFT efforts in January by saying, "I don't think gamers understand what a digital secondary market can do for them."

Guillemot says that Ubisoft's NFT rollout was a failure because the company didn't explain its approach to the project well enough.

He said, "We probably weren't very good at saying we were doing research." Instead, he said, "We should have said we were working on it, and when we have something that really helps you, we'll bring it to you." 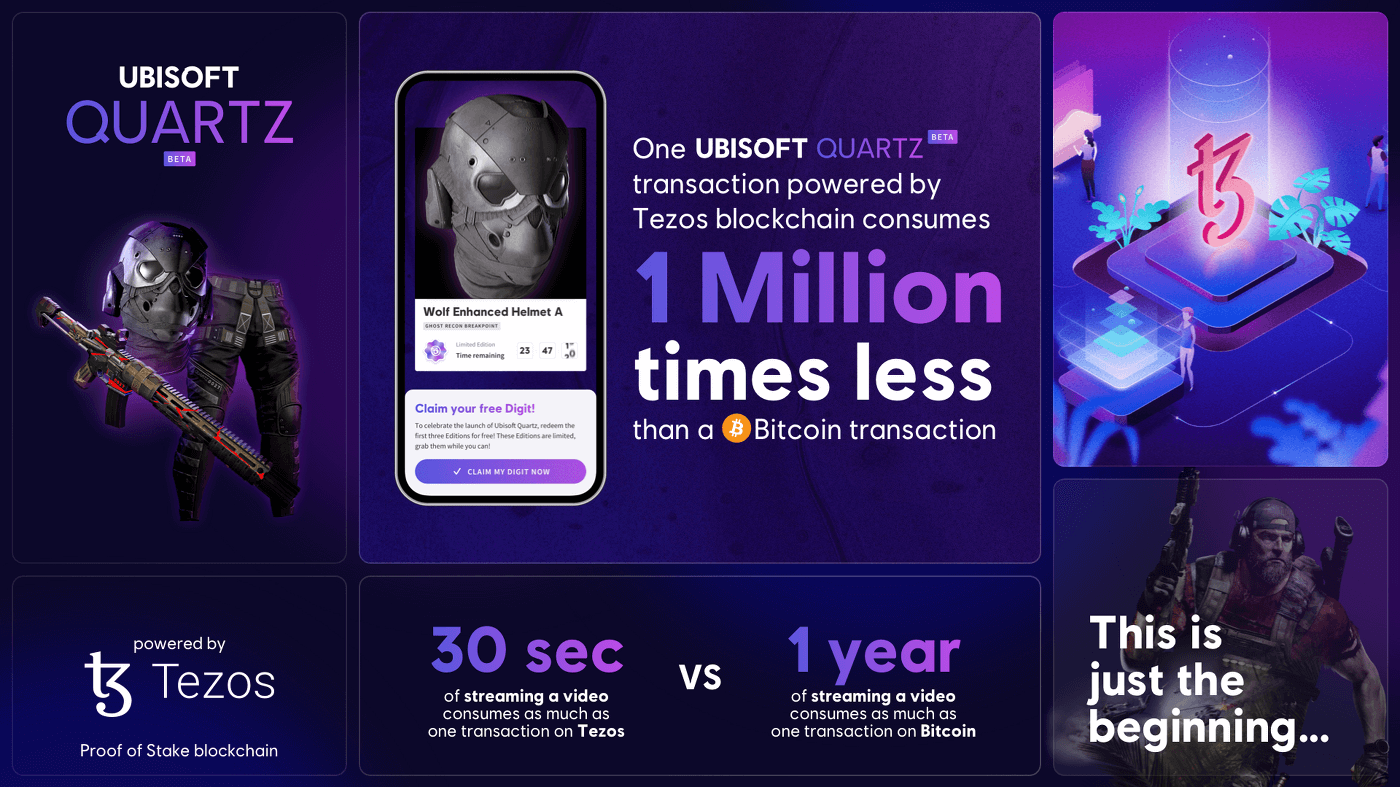 The CEO of Ubisoft was also asked about how blockchain technology affects the environment. This is something that gamers often bring up because they think that energy-intensive Proof-of-Work (PoW) chains are the industry standard for all projects.

Guillemot said that he is "very cautious" about the effects of the sector on the environment, but he is hopeful that these problems will be solved over time.

"At first, it's not as good as it could be, but like other new technologies, they'll figure out how to do it right."